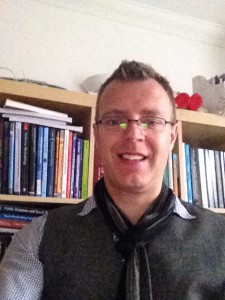 Paweł SUROWIEC, Ph.D., Lecturer in propaganda studies at The Media School, Bournemouth University, England; visiting scholar at Sorbonne IV, L’Ecole de référence en Information et Communication, Paris and a research fellow at the Institute of Communication and Journalism Studies, the Faculty of Social Scinces, the Charles University, Prague. His research is intrigued by questions related to the re-invention of propaganda as a professional practice and power relations in persuasive communication, particularly in the context of political economy. His recent monograph project, under the contract with Routledge, analyses communicative resources of Poland‘s soft power in European politics. As the co-investigator on ‘The role of social media in transformation of political communication and citizen participation’ project, based at the the Institute of Communication and Journalism Studies, the Charles University, he is involved with formulating the theoretical context of the research, preparing relavent methodologies, and participates in data analysis.

Lilleker, D. G. & Koc-Michalska, K. & Surowiec, P. (2013). Participation in media not across the media: the politically engaged and the usage of the web for political participation. In A. Charles (Ed.), Media/democracy: a comparative study. Cambridge: Cambridge Scholars Publishing.